Now that the British exit from the European Union is a legal reality, the economic situation in the UK has been surprisingly sedate.

This will be a surprise for those who believed the assurances of media pundits and economic experts that the UK’s economy would become every more crippled as Brexit edged closer.

Yet economic turmoil has been sparse. Certainly, markets and companies have moved to adapt to the new coming reality of the UK as largely outside the EU’s common market. But it is hardly clear that the country is poised on the edge of a Brexit-caused economic disaster. This is true even though Brexit has clearly been all but inevitable since December’s general election. 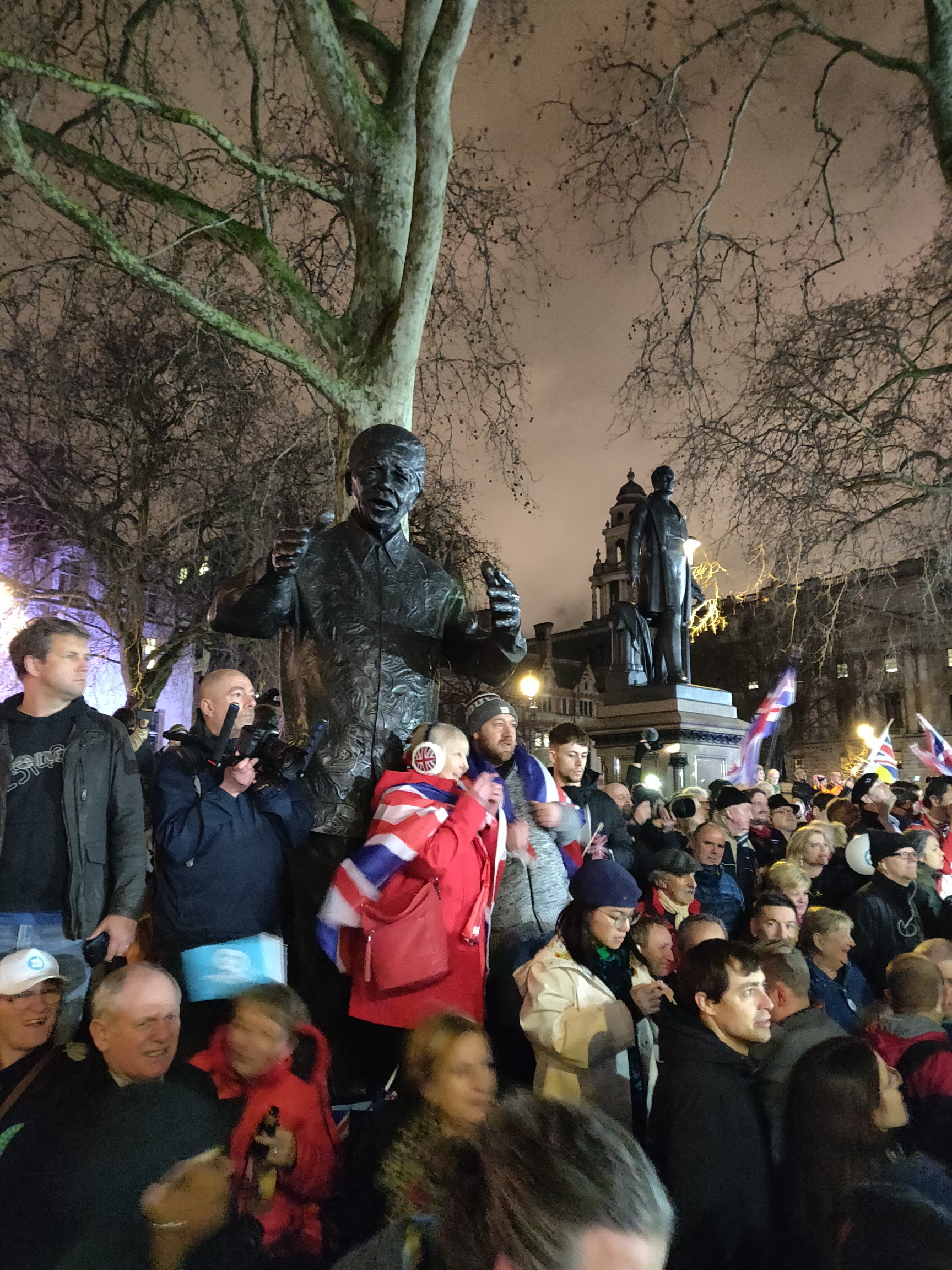 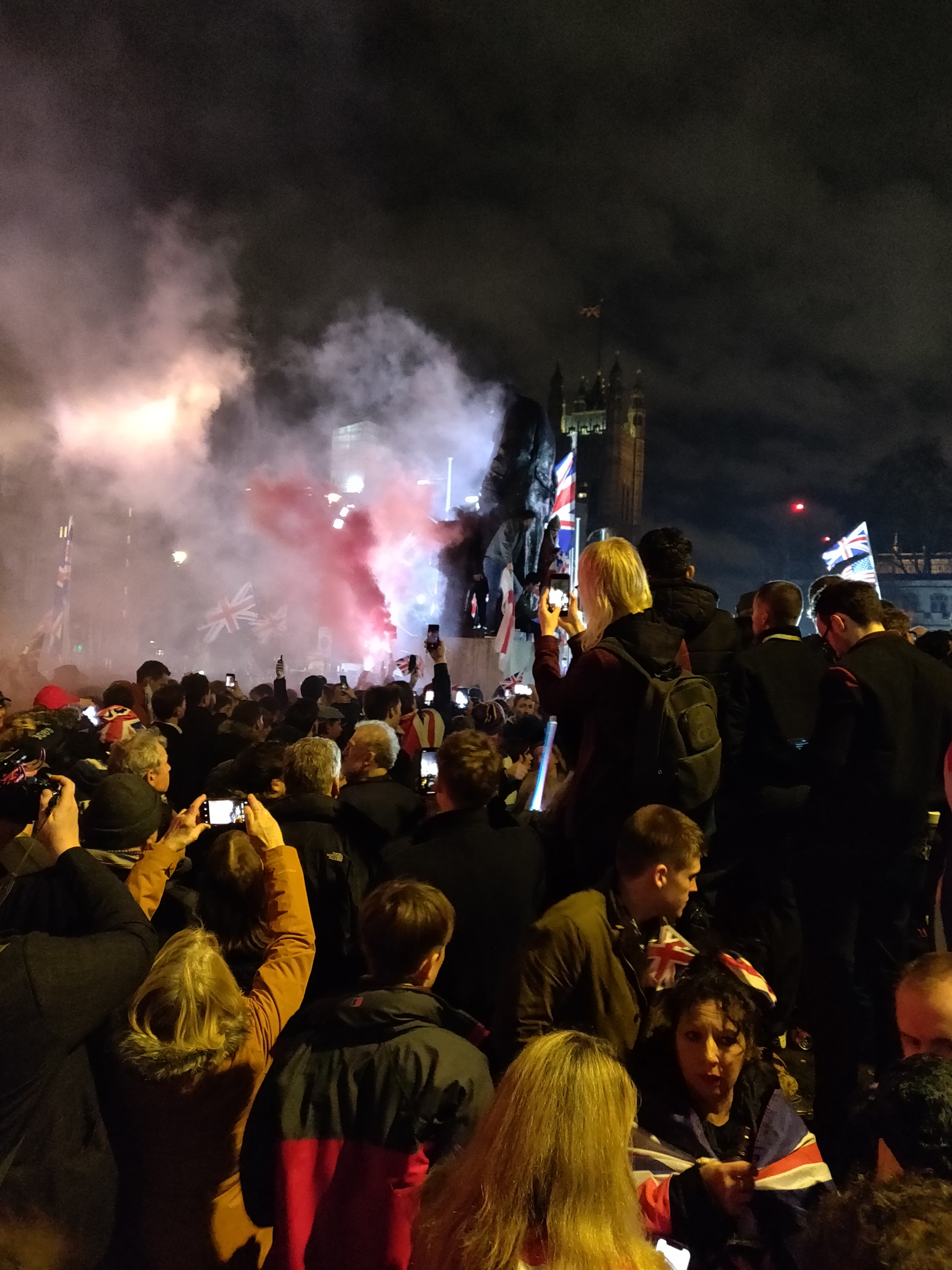 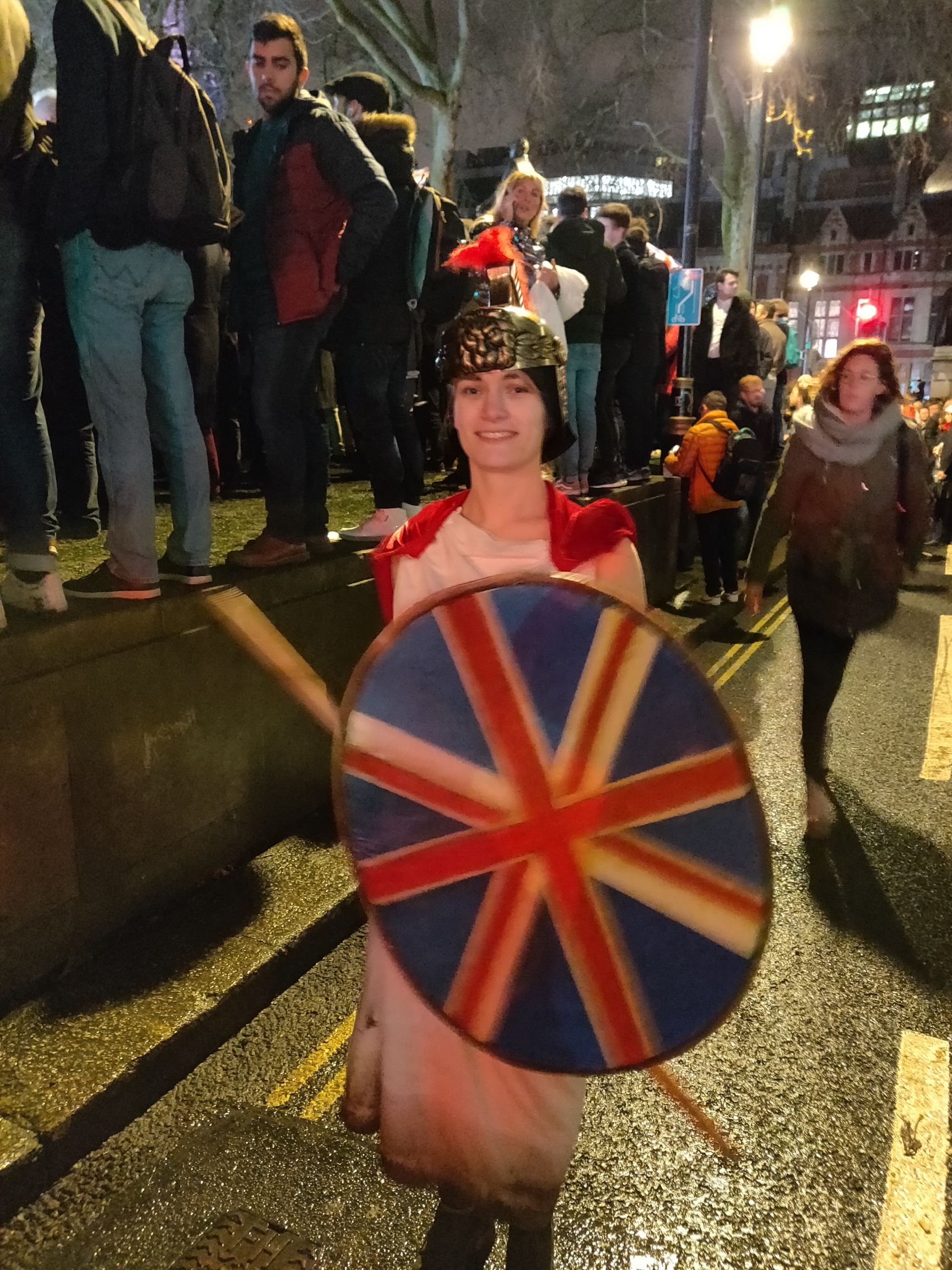 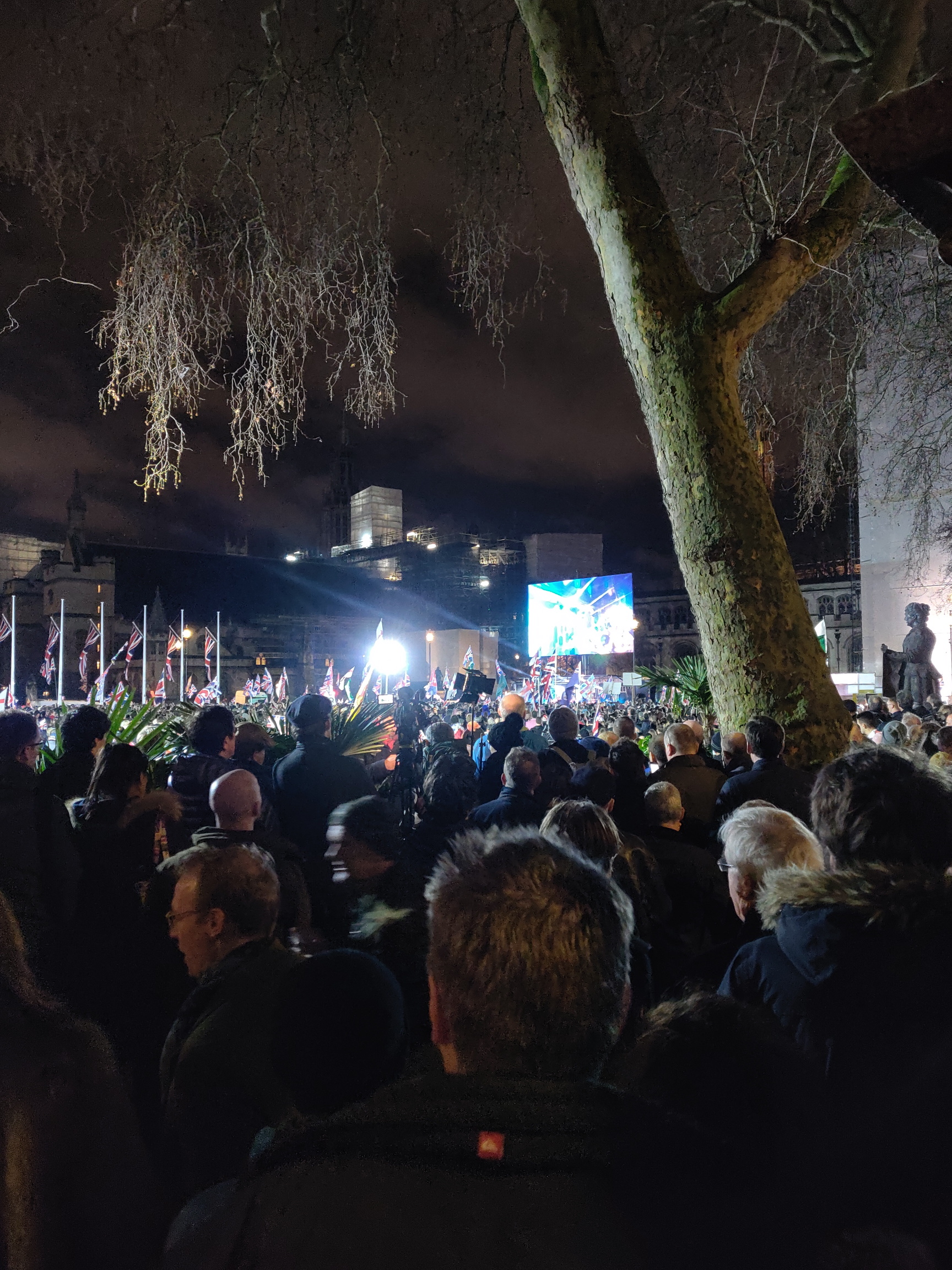 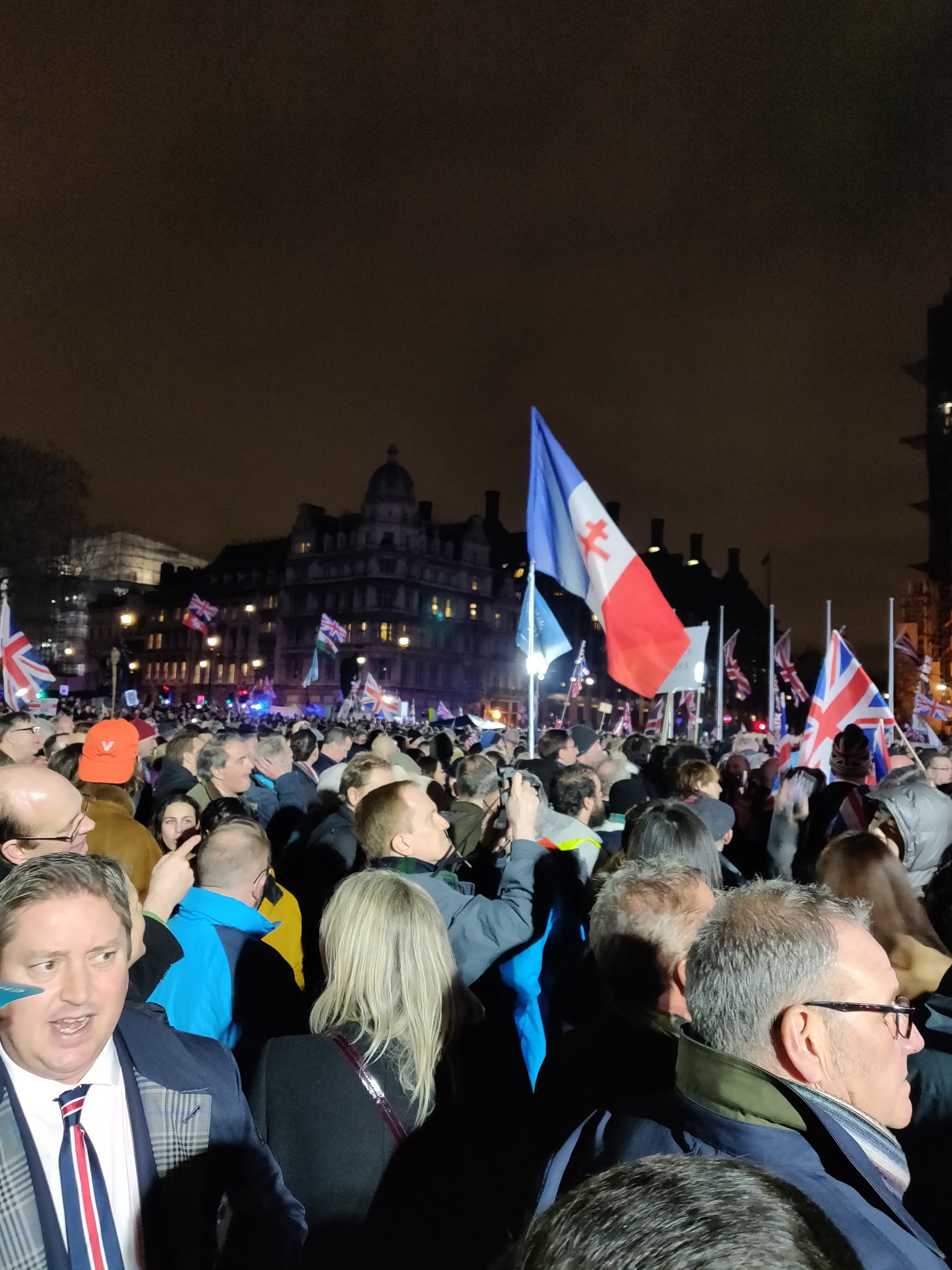 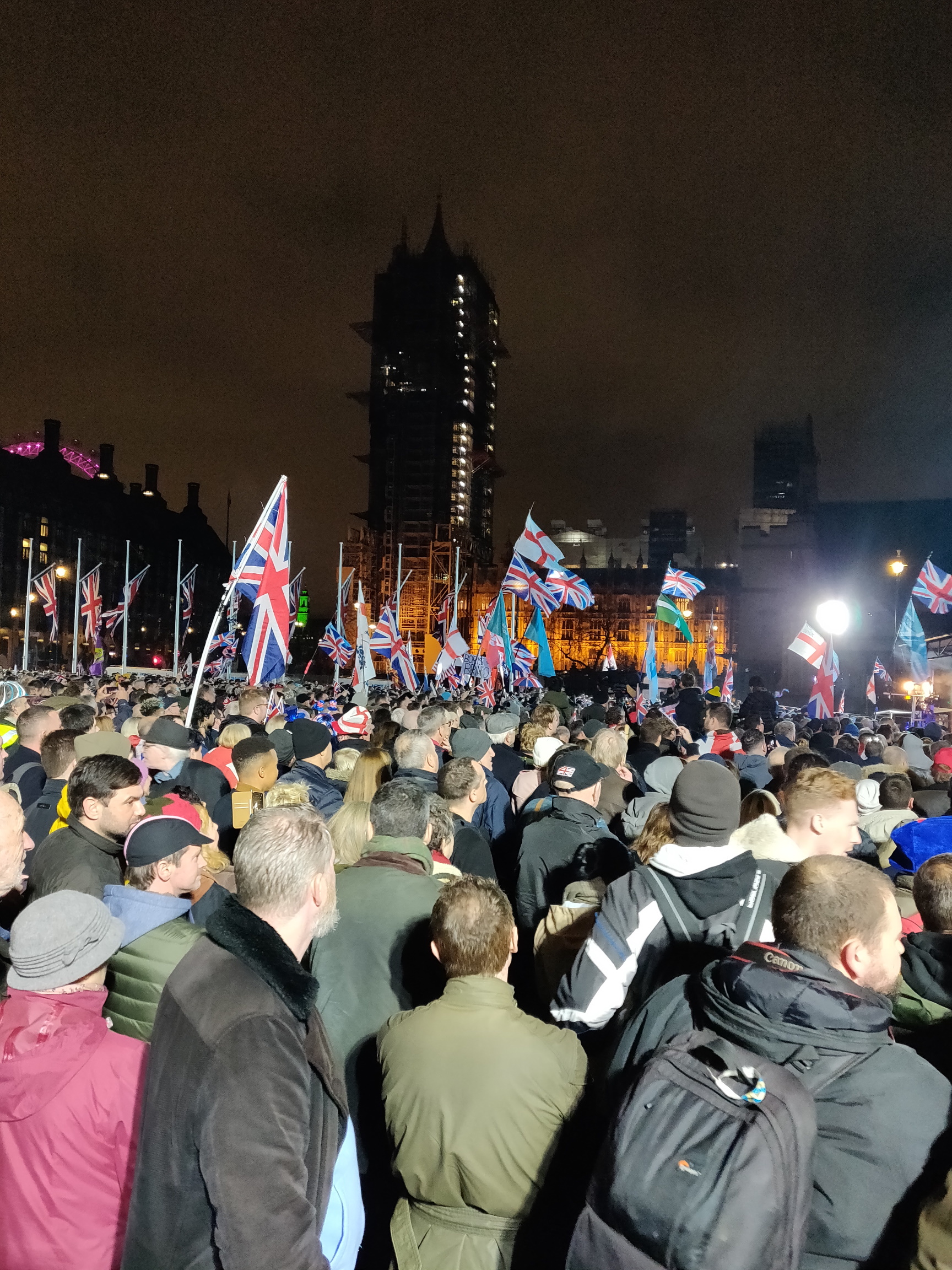 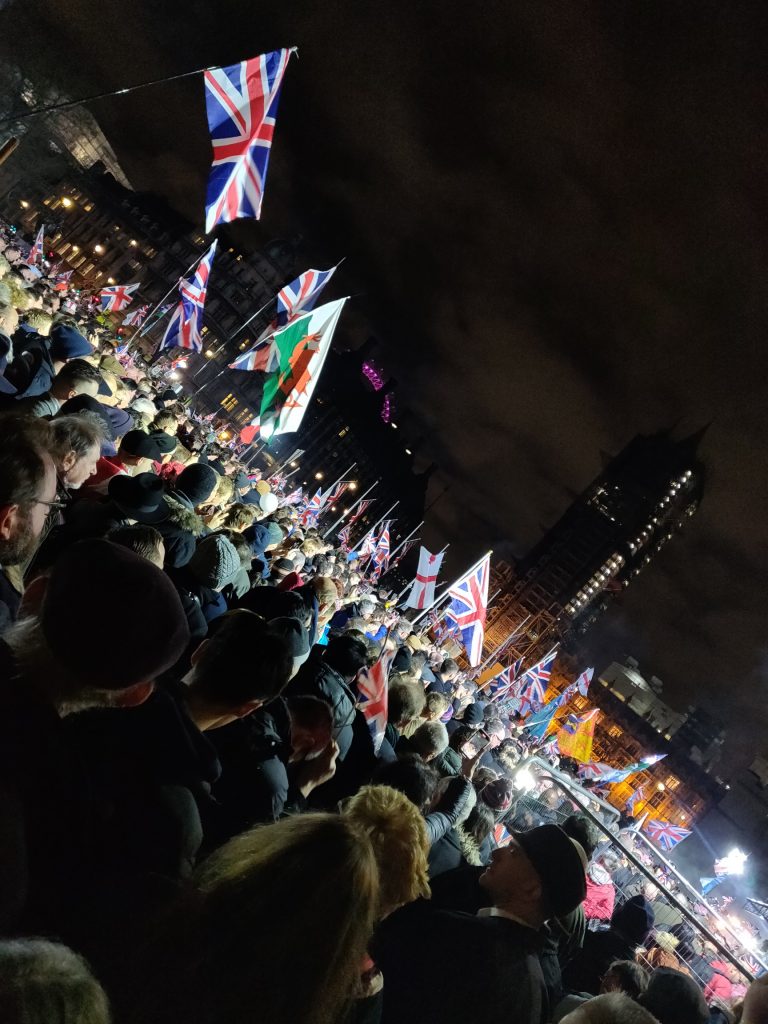 The people who tried to thwart the implementation of a vote they lost must not be forgiven until they repent. People like Jolyon Maugham QC could have pushed the nation into a 1642 moment if they had not been so mercifully inept.

This year by the numbers:
✊✊Two People’s Vote Marches
👩‍👩‍👧‍👦Over a million people at each march
💷Record fundraising year
📃5 Million leaflets distributed
🎤3,000 events all over the country
✉️Hundreds of thousands of letters sent to MPs

“2015 was a warm-up for the liberal Ragnarök”, writes Peter Franklin for UnHerd

He is wrong, obviously. The sign of the coming of Ragnarök is not warmth, it’s cold – the Fimbulwinter.

Apart from that, he’s right.

They voted 358 to 234 in favour of the EU (Withdrawal Agreement) Bill, which now goes on to further scrutiny in the House of Commons and House of Lords.

The bill would also ban the government from extending the transition period – during which the UK is out of the EU but follows many of its rules – past 2020.

After the Scottish Tories survived an election in 1992 that all proper-thinking Scots ‘knew’ would annihilate them north of the border, Scottish Labour decided to go large on a strategy they’d always liked: pour some nationalism into your socialism. Have all your media friends preach that it was unScottish to be Tory. It worked. Labour’s vote in Scotland, always efficient, both grew and delivered a lot of Westminster seats for its size. Greedily, Labour decided to gerrymander this productive vote: Scots would have two parliaments, so they could both vote for Labour to rule Scotland from the Scottish one in Edinburgh and vote for Labour to rule England from the British one in Westminster. And to keep the ball rolling, they kept pouring nationalism into their list of reasons for Scots to vote Labour.

The party of the future can never foresee it. The Scots parliament proved the perfect incubator for a Scottish National Party that could outdo Labour in nationalism and rival it in socialism. As soon as Labour lost power in Westminster, the nationalist end of their vote had no reason to stay with them. And precisely because Scotland’s political geography made Scottish Labour’s Westminster vote very efficient, losing enough of it to the SNP crossed a threshold and made it very inefficient (for Labour – very efficient for the SNP). All of which surprised Labour a lot as they went from 41 Scottish seats to 1 in five years.

South of the border, no-one could accuse Labour of English or British nationalism. (A different prejudice, pandering to a different set of voters, is what brings the word ‘national’ to mind when one thinks of Labour’s socialism down south.) But the SNP’s “blame the English for our failures” style of nationalism still gives Labour a problem. Before the SNP ate Labour’s lunch in Scotland, an English voter could vote Labour and get a Labour government that included Labour MPs from Scotland. Now, Labour can only hope for a Westminster government in alliance with SNP MPs owing no loyalty to Labour – the tail that will wag the dog. Some English voters will say they’d be better off without those Scottish SNP MPs giving Labour a chance. But the more they mean it, the less they’ll vote Labour – so the less they’ll cause it. The tail would try and cut itself off the dog – but would likely fail and would take years, so why would anyone south of the border vote for five years of Labour to attempt that?

So Labour have a difficult circle to square. Unless they can replace the SNP in Scotland, everyone can see that their hope of being a government in Westminster depends on allying with them. But until they look like they could be a government in Westminster without the SNP, they lack arguments why those Scots they ‘nationalised’ should vote for them instead of the SNP. And while they have the SNP-alliance albatross on their backs, they have a deservedly hard time persuading English voters.

George Friedman of Geopolitical Futures looks at class and Brexit:

The Posh versus the Blokes in the UK

I arrived in London on Saturday afternoon. Traffic was heavy and it took nearly two hours to reach my hotel, giving ample time to speak to my driver. It was time well spent. He was a Scotsman who had been living and driving in London for a long time. We discussed the election, of course, and the devastation of the Labour Party and the rise of the Conservatives. He had voted for the Tories. He explained that this was because of his loathing for what he called the “posh in London” and their hatred of England while enriching themselves shamelessly and despising anyone who doesn’t worship as they worship.

By “worship” he was not referring to religion, but their belief that Britain is corrupt and demands ruthless reform. He particularly was enraged that the playing of “Rule Britannia” was seen by the posh left as disgraceful, because it paid homage to an evil that Britain ought to apologize for over and over: the British Empire. The loss of empire didn’t bother him. What bothered him was that the posh left was unwilling to respect that whatever faults Britain might have had, Britain was a great moment in human history, and he as a British subject and as a Scotsman was not prepared to be ashamed about it.

The European Union question is mixed in with this. The posh (I will use this name for them) supported EU membership eagerly. According to my driver, the left-wing posh are all involved in finance, and they saw EU membership as beneficial to them. But there was another aspect he did not mention. If one of the things you wish to do is take ownership of British history and deny the British the right to admire the greatness and forgive themselves what harm they did, then the EU is the perfect vehicle. In announcing and trying to impose a European identity, devaluing one’s own nation, the EU gave the posh a powerful tool with which to subordinate the brilliant, dark and beloved history of Britain.

The desire of this class to make more money is easy to understand. Harder to understand is this class’s desire to redefine British recollection of their past. When voters opted to leave the EU, this class was both dumbfounded and enraged. You could read many times about how the people who voted to leave were considered to be uneducated, lacking all understanding of what they were doing. The posh wanted to delegitimize the election and insisted that it be replayed. The desire for a do-over was in their rational interest, but more was going on. The posh believed they had a right to rule, and that those who voted against them were illegitimate pretenders. As the struggle to reverse Brexit intensified, the battle to delegitimize the enemies of the EU also intensified. Having opened by declaring the voters ignorant, they extended their assault to include a range of other values, such as patriotism, and the right to preserve and celebrate British culture. The struggle over Brexit did not start the culture war, but it pushed the industrial working class into an uprising against the posh and their belief.

There was of course a massive economic dimension. The industrial working class of the Midlands were not experiencing the benefits of the EU. The posh of London were. The EU played a major role in this. Britain is the second-largest economy of the EU, and its loss would be extremely painful. The EU had two possible routes. One was to reach a redefinition of the relationship with Britain. The other was to be utterly rigid in finding a resolution. The EU assumption was that rigidity was more rational, since it would force a shift in the British political alignment that would reverse Brexit. It did everything it could to make Brexit appear a disaster, and it convinced all those who already believed it, while building rage against the EU in those who didn’t. The political collaboration between the posh and the EU drove a further wedge between the two English classes and strengthened the belief that rational acceptance of the EU was being blocked by primitive and ignorant nationalism. Thus the economic and financial battles merged.

The British political structure has now massively shifted. The Labour Party had been the party of the industrial working class and aligned with their culture, unlike Marxists who wanted to transform it. The Conservative Party was the party of the well-to-do and of empire. Today, Labour is the party of the posh, demanding cultural shifts, while the Conservatives are the party that lost posh London and took a huge chunk out of the industrial Midlands. It should be noted that the major shift was cultural and not economic. Labour was unclear on the EU and shared with the posh the desire for moral reform. The Conservatives sided with the working class on both economic and cultural matters.

The British realignment is something we also see more broadly in the Euro-American world. Parties that were formerly working-class parties have shifted to supporting the well-to-do and focusing on cultural change. Parties that were formerly the parties of the wealthy are now speaking for the workers, and particularly for their cultural views. This isn’t particular to Britain at all. The desire to protect traditional cultural values is powerful among working classes, who see the assault on their values by former allies as a betrayal. Thus the Labour Party became the party of the posh, and the Conservatives speak for my driver.

A survey by YouGov found that the Conservatives won 48% of voters in the lower C2DE social grade at last week’s election, as opposed to 43% in the higher ABC1.

The C2DE grade is made up of skilled and unskilled manual workers, pensioners, casual workers and the unemployed, while ABC1 is managerial, professional and administrative staff.

The Tories triumph, but a modern version of the Roman slave whose task it was to murmur into the victorious general’s ear, “Remember, thou art mortal” would whisper to them, “Young people overwhelmingly vote Labour”. Yes, it was ever thus, but now it is more thus. Another change: women are now more left wing than men. For most of the twentieth century women tended to be Conservative stalwarts.