Communism is dead! I knew I’d find some good news if I looked hard enough. There had been a few indications before now that communism might be dead, but now I know for sure. It appears that Fidel Castro handed over Cuba to his brother while he had an op. Back when Communism was alive, they may have been gut-churningly evil mass-murdering scum, but they respected the forms. A society in which anyone could say, “Here y’are, bro, take the whole country” was exactly what they were there to extirpate.

The French Revolution finally died when Napoleon took to handing out the crowns of Europe to his relatives.

Me in 2019: Older, sadder, wiser and knowing John McDonnell is the Shadow Chancellor, I would no longer say so confidently that communism is dead. One day God will send us a silver bullet, but not yet. But Raúl Modesto Castro Ruz succeeding his brother as First Secretary of the Communist Party of Cuba in the manner of a feudal lordship was and is a sign of Communism’s senility. Karl Marx wrote that “the class which is the ruling material force of society, is at the same time its ruling intellectual force.” Yes, and when the the intellectual force of an idea is so visibly spent that its leading figures no longer even pretend to follow its tenets, it suggests that its material force will not last much longer.

Yesterday Caroline Lucas, former leader of the Green Party and still its only MP, took to the pages of the Guardian to say, “I’m calling for a cabinet of women to stop a disastrous no-deal Brexit”.

We need an “emergency cabinet” – not to fight a Brexit war but to work for reconciliation. And I believe this should be a cabinet of women.

Why women? Because I believe women have shown they can bring a different perspective to crises, are able to reach out to those they disagree with and cooperate to find solutions. It was two women, Betty Williams and Mairead Corrigan, who began the Peace People movement during the worst of the Troubles in Northern Ireland; it was two women, Christiana Figueres and Ségolène Royal, who were key to the signing of the Paris climate agreement; intractable problems have found the beginning of resolution thanks to the leadership of women.

So I have reached out to 10 women colleagues from across the political spectrum at Westminster and Holyrood – Conservatives, Liberal Democrats, Labour, the SNP, Plaid Cymru, the Independent Group for Change and independent – asking that we join together to stop the dangerous pursuit of a crash-out Brexit.

This is not an attempt to replace one coup with another. A small group of us should not be deciding on Britain’s future and that is not what lies behind my initiative. But we need to find a way forward that allows the British people to decide which course they want to take.

Her proposal did not go down well. Not a few pointed out that this terrible crisis that she claims only the leadership of women can solve had arisen under the leadership of a female Prime Minister and at a time when the UK was awash with female party leaders: besides Theresa May as PM and leader of the Conservative party, Nicola Sturgeon, Arlene Foster, Ruth Davidson, Kezia Dugdale, Leanne Wood and Caroline Lucas herself all graced the political field at the head of their respective parties during the growth of the crisis. Like hens taking turns to incubate an egg, each of these ladies had a role in bringing the Great Hatching closer.

But that was a secondary issue. The main one was Caroline Lucas having dropped feminism. Dropped it like she never even knew it was a thing. Dropped it like a fashionista giving last year’s kitten heels to her maid. Out: women are held back from political power by false stereotypes of feminine docility! In: a woman’s gentle touch will soothe this troubled land.

Men were not made to feel part of the work of reconciliation by the idea of a government of national unity that had as its selling point that no nasty rough boys would be in it. The few women politically correct enough not to be repelled by the sexism were horrified to note that all the women invited were white. On this point, Comrade Lucas has now submitted to self-criticism. She should have known sooner, she now says, that her all-woman cabinet was insufficiently diverse.

The Guardian’s John Harris is a lefty, a Remainer, and a fine journalist. He saw Brexit coming, and, little though I agree with his political views, I think he sees a certain raw truth about our new Prime Minister in this piece:

“Boris Johnson is channelling a punk ethos to force through Brexit. It could work.”

Not a headline one sees every day. Mr Harris writes,

This is an increasingly familiar populist trick: encouraging a set of voters to relish taboo-busting as a kind of surrogate for a lost sense of economic agency and power. This version of taking back control is not to do with jobs, wages or houses, but the licence to say anything you want, whatever the consequences. Anyone who is offended is dismissed as a puritanical defender of joyless political correctness.

Punk spirit, cavalier style and wilful provocation will all inform the manner in which Johnson and his allies frame their greatest challenge of all: how on earth to deal with the very real crisis of Brexit and honour the Halloween deadline that the Tory party has so stupidly fetishised. And they look set to play a crucial role in gaining consent from those who have most to lose from crashing out of the EU. Faced with a set of impossible challenges, Johnson will present himself as the flamboyant, verbose, rule-breaking Englishman, positioned against the washed-out logicians of the EU machine, who were never going to help in the first place.

I heard they were going to get the bus out of mothballs, the bus, the £350-million-for-the-NHS battle bus that has caused such outrage, and drive it round the country all over again. Back in 2016, the only effect the suggestion that our departure from the EU would mean that we could pour yet more money into the black hole of “our NHS” had on me was to make me a fraction more likely to vote Remain. But upon hearing this news I still thought, yeaaaaaaaaaaaaah, please, dear Lord, let me be there when they take it through Cambridge city centre.

First time round, I wasn’t a fan. But it’s growing on me. 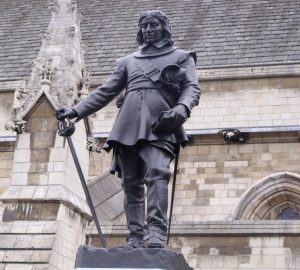